I've seen too much hate 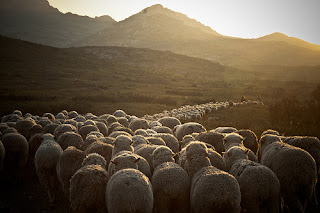 Martin Luther King was an inspiring activist who in the face of great opposition said "I've seen too much hate to want to hate, and every time I see it I say to myself that hate is too great a burden to bear." More and more people are speaking out about the corporate mainstream media. So much so even the mainstream media reporters are starting to address it in their columns.

I will mention the Aaron Driver case and compare it to the John Nuttall case but before I do I just want to restate the obvious. All this sensationalized media hype and hate has become absolutely absurd. The mainstream media is going to great lengths to convince me to live in fear and believe that Islamic extremists are Canada's biggest security threat because troubled caucasian youth are taking up their cause and wanting to plan terrorist attacks in Canada. I reject that absurdity and I reject the hate they perpetuate. That is not the way I was raised.

We've talked about how large corporations tend to control the media. We've also talked about the amazing amount of influence the CIA has on the media and how they are continuously spamming the media with press releases trying to control public opinion. We saw it in Operation Mass Appeal when MI 6 knowingly sent out false press releases to the media about Iraq's Weapons of Mass Destruction to try and sell the unlawful invasion of Iraq to the public. The Intelligence Agencies spend a great deal of time and energy trying to control the press. With all the media mergers that has become much easier to do. When all the media outlets are owned by one entity the media becomes much easier to control.

ISIS is evil. It is so evil it is hard to believe they are anything but the creation of the CIA. Nobody likes them. Muslims hate them, everyone hates them. ISIS does not represent Islam. Every crime has a means and motive. No Muslims are offended by the West confronting ISIS so where is the motive for radicalization? There is none. All these crimes that ocur without a motive all become very suspect indeed. Operation Northwoods was real. No conspiracy theorist made it up. That declassified document is something we still need to address. CSIS was caught funding and aiding ISIS in Syria. That is something that still needs to be addressed.

The day before 911 Donald Rumsfeld said that the greatest enemy America now faces is the Pentagon bureaucracy. He claimed that the Pentagon was missing $2.3 trillion and that the military can't account for 25% of what it spends. $2.3 trillion - that is organized crime at the highest level. That was the day before 911. Now it is worse. Likewise in Canada, CSIS and the RCMP's anti terror terrorists lost $3.1 billion from their budget. That's not how much they spent, that's how much they can't account for. That is organized crime.

After the judge exposed the RCMP's fraud in the John Nuttall case, Bill Tieleman wrote a powerful article talking about the massive amounts of tax dollars the RCMP wastes on creating terrorist acts within Canada just like Donald Rumsfeld's declaration the day before 911. Now all of a sudden with this ridiculous Aaron Driver case all the missing money is forgotten and the RCMP are patting themselves on the back for the smoke and mirror distraction from the John Nuttall case as they just doubled their budget again. A job well done for organized crime.

All this money and media hype spent trying to create a boogeyman when the real boogeyman is staring us right in the face and buying up our land right here as we speak. Communism is a much bigger threat to Canada and world peace than Islamic extremism will ever be. Mark my word. 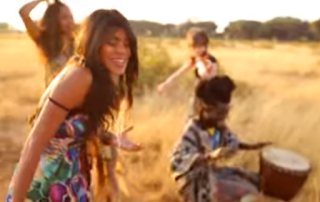