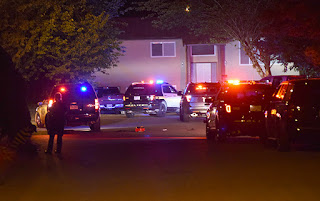 The Vancouver Sun is reporting that there was a targeted shooting at Columbia and East Pender streets around 6:30 PM last night. One man was sent to the hospital with non-life-threatening injuries. Two suspects believed to be involved in the shooting have been arrested on West 12th Ave. near Discovery Street. They remain in custody. “All three individuals are known to police. The shooting does appear targeted.”

The Abby news is reporting that "The victim of a shooting Wednesday night in Abbotsford has succumbed to his injuries. The incident took place at about 9 p.m. on Crown Court, a cul de sac just north of Charlotte Avenue, which is located west of Clearbrook Road. Witnesses reported hearing multiple shots and a vehicle or vehicles screeching away from the scene."