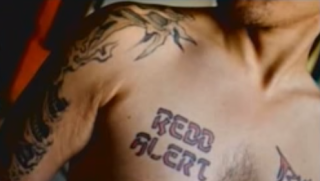 Kelowna Info News is reporting that "RCMP have identified the man murdered in Kelowna’s Rutland neighbourhood on Friday. Police say Benjamin Cory Virgint was the victim of a targeted attack. RCMP were called to a fourplex in the 400 block of Hein Road at about 6:07 a.m., Friday, Aug. 5 for reports of shots fired. Virgint was found deceased."

Kelowna Info News is also reporting that "The man RCMP believe to be behind a shooting in West Kelowna last week has been charged and identified as Tyrone Reynolds McGee. The shooting happened early on Aug. 2 on Hudson Road near Highway 97." This is that bicycle sooting. "Sources say the 48-year-old victim was shot six times by a cyclist while he was in his car. A hospital staff member who does not want to be named says the crime is gang related."

Castanet is reporting that "a man was viciously attacked in a Kelowna park overnight – hacked with machetes, and kicked and punched. Police are now looking for two suspects in the attack, which took place at Ben Lee Park in Rutland just after midnight Monday." Which means it just happened. "RCMP believe that the victim was targeted by his attackers, said O’Donaghey. He was taken to hospital with serious, but non-life-threatening injuries. Police are looking for witnesses to the attack."

The second suspect is described as: Caucasian man, Shorter than the first suspect, Between 25 to 30 years old, Skinny or slender build, Wearing a sport jacket, with grey and black sleeves and a baseball cap. The Kelowna Warriors on the other hand are Hells Angel rivals.

Helping the Hells Angels obtain a monopoly on the drug trade does not end the violence. Just ask Brittany Irving, Janice Shore and Ashley Machiskinic. Look at the violence in the DTES and on the Surrey Strip. They are responsible for all that violence. Fronting addicts drugs is bad business. If you dont front addicts drugs, there are no drug debts. In both areas the drug dealers are the pimps that give crack to the sex trade workers then take all their money when they get a trick and brutalize them. There is nothing consensual about it. It's human trafficking.

Update: I have now confirmed from a second source that Redd Alert is not in Kelowna. No wonder Blaze is doing business on the Island. Nobody in Kelowna respects him and he is certainly not able to deal with any rivals. All that woman beater can do is bitch slap an ex.

Posted by Dennis Watson at 1:44 AM