Researcher astonished by level of drug violence in DTES 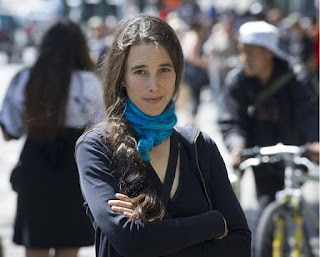 The Vancouver Province is reporting that "An international drug and addiction researcher says she has been astonished by the level of violence perpetrated by dealers and 'enforcers' in Vancouver’s notorious Downtown Eastside." No kidding. That's what we've been saying for years. Nice to hear it from a third party who is an expert in the field.

“What I wanted to do was to look at violence in (drug-dealing) situations, because I knew that dealing is very openly done here in the Downtown Eastside — and differently from other places,” said Stallwitz, who has studied community-mindedness in drug cultures in Scotland and Germany for 16 years. What she didn’t expect was the violent, extreme sanctions being used by some higher-level boss dealers when debts weren’t settled. 'The sanction part is massive here … violence as I’ve not experienced anywhere else on the street level,' she said."

"She also heard about robberies, forced dealing and prostitution, as well as “hot shots” — where someone is intentionally given an overdose — and attacks with carpet knives, sexual assaults and rape. Her sources recounted rare cases of people being pushed from windows, having their hair sliced off, being set on fire, and even murdered for as little as $30."

Sadly instead of arresting the violent drug dealers she blames the police and suggests handing out pamphlets to ask drug dealers to be nicer and for users to pay their debts. Stop the insanity and arrest the drug dealers for God's sake. Our social experiment has failed. It's time to try something else. It's even worse on the Surrey Strip.

Meanwhile back on the Ranch, Dumb and Dumber exploit another photo op and have another smoke and mirrors press conference saying they have narrowed down the choices to three to fill the vacant position of Surrey Police Chief. Believe you me the position was vacant when Bill Fordy was in it. What's the dancing monkey gonna do, pick someone of his own incompetence? Fraser MacRae was a Rock Star. Bill Fordy never came close. History has recorded that.