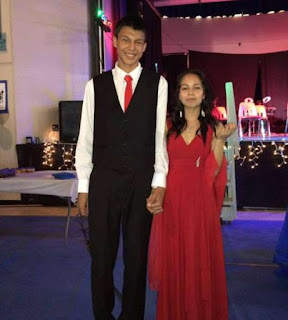 CBC is reporting that "The people of Whitefish Lake First Nation, along with friends and family from across Alberta and across the country, have come together this week to mourn two teenagers shot to death on their remote reserve north of Lesser Slave Lake. Cory Grey and Dylan Laboucan both had graduated Grade 12 and planned to leave the reserve this week for Slave Lake, where they had rented an apartment and had been accepted to attend Northern Lakes College."

"Grey lived with Laboucan and his parents in a trailer on the reserve. On Saturday, July 23, Laboucan, 17, was found unconscious in front of that trailer by a cousin who lived nearby. The cousin drove to a nearby home to call 911, and when he returned Laboucan's body was gone. Grey was nowhere to be found. The community mobilized within hours to search for the teens. Laboucan was found on Monday, and Grey on Tuesday - their bodies dumped on well sites a few kilometres apart. RCMP are investigating their deaths as a double homicide."