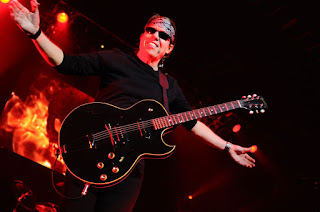 This George Christie / Sonny Barger cat fight reminds me of a scene from the movie Braveheart. All the nobles are arguing about who should be king while Braveheart just walks away in disgust saying the English will be back but you are too busy fighting with each other.

The trailer to the movie The Last American Outlaw looks really interesting. If the FBI and the Hells Angels both don't want me to see it, I'd like to know why. It's really too bad there was a falling out over the film. The idea of riding across America and reflecting on lost freedoms here at home is really worth looking at. No wonder the feds don't want us to see it.

It's reminiscent of the rage and denial when faced with drug trafficking allegations. We don't sell drugs we just ride motorcycles, you're a liar! Then when they are convicted of drug trafficking the song changes to you're a rat! Ah so I wasn't lying I was telling the truth. You were the ones lying.

Since releasing my free Ebook on the 10th anniversary of Gary Webb's murder I have amended my original objective. The David Giles declaration claims that not all members are involved with criminal activity but when a member or associate uses the name of the club for criminal activity, they must approve that business with the local executive. Not all the members of that chapter sell crack or pimp crack hoes but those that do have the approval of the local executive. That makes the entire executive criminally culpable, not the entire membership.

I now think that seizing clubhouses should be done on a chapter by chapter basis depending on the amount of criminal activity that particular chapter was involved in. Kelowna for example should have their clubhouse seized because of the amount of criminal activity they were clearly involved with. Naniamo should have their clubhouse returned. Banning gang colours from being worn in bars is fine but seizing club patches is not.

This Sonny Barger / George Christie cat fight is becoming a Twilight soap opera rallying Team Edward against Team Jacob. While all the conflicting allegations rage I will say this. George Christie was president of the Ventura chapter in LA for many years. We all know LA is famous for being the gang capital of the world. Sonny Barger founded the Oakland chapter which did business in San Francisco. We all know what San Francisco is famous for.

So let's drop all the troll sh*t. If Sony Barger and George Christie have two completely different visions of leadership let's hear about the differences in those visions. Let's debate where we want to go not argue about where we've been so we can have a future worth fighting for.

As Ricky Nelson said in Garden Party, if memories were all I sang I'd rather drive a truck. Let's talk about the future. Where do we want to go from here? Civil Liberty and the Constitution are hanging by a thread. Let's not get sucked in the smoke and mirror distractions and focus on that before we end up like Communist China because that is exactly where we are heading. 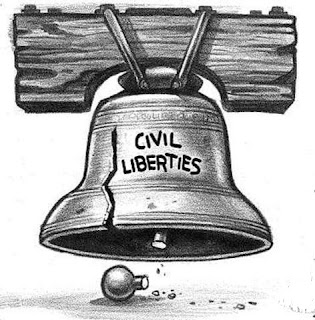 Update: New article in the Vice about George Christie.