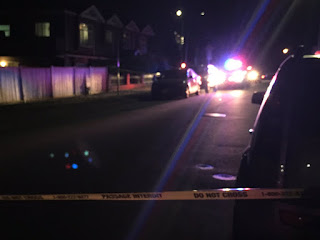 News 1130 is confirming reports that there was a shooting last night near Canada Way and 12th street in Burnaby. Several shots were heard and a man was seen lying on the ground. Local sources claim a lot of drugs are sold on those streets off Canada Way from 10 ave all the way down to Burris where Randy Naiker's hangout was.