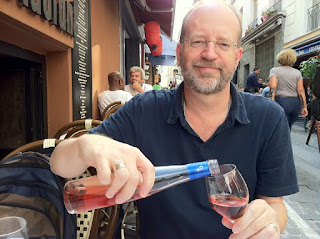 Amazing article by Bill Tieleman on the police misconduct related to the John Nuttall Entrapment Case. The Vancouver 24 hours is reporting that "Why did the RCMP create the July 1, 2013 BC Legislature bomb plot, and train and equip a hapless, methadone-addicted, developmentally-challenged couple to undertake terrorist actions? And why did the RCMP also break Canada’s laws in doing so? Money - lots and lots of money - is the answer."

"$2.8 billion annually and over 29,000 employees. The RCMP depends on the federal government for its funding - and counterterrorism dollars depend on results, as I wrote in 24 Hours in 2013 after covering Nuttall and Korody’s first court appearances. And in the RCMP’s Departmental Performance Report, their goal is to achieve six targets of: Terrorist criminal activity is prevented, detected, responded to and denied. In their 2013-14 report - the year Nuttall and Korody were disrupted - the RCMP claim 14 successful operations - that no doubt being one of them. That’s why it’s so reprehensible that the RCMP wasted precious resources creating an illegal terrorism plot using the hapless Nuttall and Korody instead of countering real terrorists - and why this ruling demands action to stop RCMP recklessness."

God Bless Bill Tieleman. He was one of the brave few mainstream reporters that stepped up to the plate in the wake of Dan Rather and told the truth during this case. He cited a case in the US where “James Cromitie (was) a low-level ex-drug dealer who converted to Islam. A well-paid FBI informant befriended the Walmart worker and promised him $250,000 and a new BMW car to fire Stinger surface-to-air missiles at U.S. military planes and plant bombs at Jewish targets in New York.” That case went well beyond entrapment.

If you give a drug addict weapons and offer him $250,000 and a new BMW to use those weapons, you haven't saved the world from a terrorist, you just created one. As he recently pointed out Bill Tieleman subsequently put out another award winning article exposing the fact that the RCMP now have terrorist quotas to bolster their budget like traffic tickets. That insane policy needs to end. That' like setting a quota on catching bank robbers by creating them.

We are all very fortunate this couple wasn't shot dead during the takedown like in a similar case in Australia. If that had happened we would never have found out about the abuse of process and the real motivation behind the fraud. Bill Tieleman is right. This ruling demands action to stop RCMP recklessness and fiscal irresponsibility.

As for the kid in Australia that was shot, his family is a friend of my family. The man I know was a cop in Afghanistan. He was shot by the Taliban and had to leave Afghanistan with his family. Why on earth would a kid join a terrorist organization that shot a member of his own family and were the reason they had to leave Afghanistan? The answer is simple. He didn't. He was not a terrorist. They set up and shot an innocent man.

Update: The Tyee ran a more indepth version of Bill Tieleman's article called BC Terror Trial Verdict a Scathing Indictment of RCMP Management. In this article he declares "The reference to planning news conferences in advance of a “terrorist bomb attack” shows the importance senior RCMP officers placed on the case. There was no thwarting of a deadly attack – merely a public relations exercise concocted to secure funding."

"The RCMP spent over $900,000 in overtime on this case. More than 240 officers worked on the investigation. The final bill to taxpayers will be in the multi-millions." There are better ways to spend tax dollars. Stop the Appeal and stop the fiscal insanity.

"Are there real terrorist threats in Canada that require RCMP intervention? Absolutely. That’s why it’s so reprehensible that the RCMP wasted precious resources creating an illegal terrorism plot using the hapless Nuttall and Korody instead of countering real terrorists - and why this ruling demands action to stop RCMP recklessness."

Dirty Deeds Done Dirt Cheap - Making an ex parte application for a peace bond without notifying the other lawyers was a dirty deed done dirt cheap. History has recorded that.