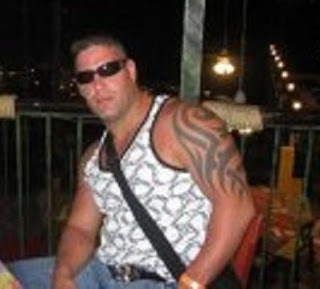 The Vancouver Province is reporting that the CFSEU claim much of the movement of drugs like cocaine and marijuana on Vancouver Island begins in Nanaimo, a central location with access along highway corridors that stretch to Campbell River in the north, Victoria in the south, and Port Alberni and Tofino to the west.

The Vancouver Province is also reporting that the Nanaimo RCMP displayed a seizure of drugs and cash valued at over $180,000 on Jan. 16 after they arrested a man believed to be linked to the Red Scorpions gang in Nanaimo earlier this month. That find has led to a renewed call by local voices to end the "wasteful" drug war. Yeah? By who? The Hells Angels?

In fact, all the media outlets refer to the Bacon Brothers as members or leaders of the Red Scorpions. Wikipedia claims DK was a member of the Red Scorpions. Kim Bolan referred to Jonathon Bacon as a Red Scorpion at his funeral. After he was shot with Hells Angel Larry Amero in Kelowna. The Hells Angels’ connection to the Bacon Brothers and the Red scorpions is clear. No doubt the Hells Angels wants the police to end the war on drugs. They want their clubhouse and their $180,000 back.

Sadly, the Hells Angels aren’t the only ones wanting the police to end the war on drugs. Sadly a group of dirty cops have formed an alliance calling for an end to prohibition. These are dirty cops who have lost the dream and stopped supporting law and order.

John Anderson is the leader of that merry band who refuse to draw a line at pot and call for the legalization of all drugs. That is complete irresponsibility. I met that guy campaigning for his tainted cause in Surrey. He had the audacity to show up and a rally against gang violence. I spoke with him. He even had his daughter there supporting his project. I kept asking over and over what about crack and crystal meth? When someone hears a call to end prohibition, they think they are just talking about pot. But if you read the fine print they are saying all drugs including crack and meth which is total irresponsibility.

It makes me wonder who’s payroll he’s really on. I remember when I first started my web site a retired cop from Vancouver Island kept spamming me with links to letters to the editor he had written saying what wonderful guys the Hells Angels are. That is an offensive lie. The Hells Angels are the largest drug traffickers in the country and use violence to murder drug dealing rivals on a regular basis. Legalizing drugs won’t make them free. The Hells Angels used violence to take over the stripper agency in BC and that industry is legal. That John Anderson is on the wrong team and he should be ashamed of himself.