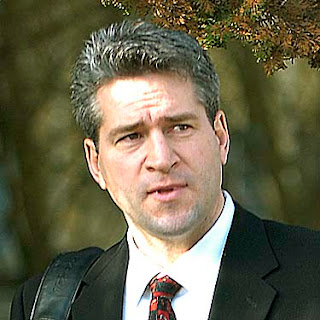 Laila Yuile made a profound post comparing the comments of Sgt. Jennifer Pound and Sgt. Peter Thiessen in contrast with Chief Supt. Bill Fordy. Bill Fordy came out with the ridiculous statement that public gang executions don’t endanger public safety. He doesn’t seem to be playing with a full deck.

Bill Fordy was involved with the Pickton investigation. That’s the one where Catherine Galliford claims in her sexual harassment law suit that the other investigators were rude pigs to her and treated her like garbage.

Now Bill Fordy tries to assure us that everything’s OK. He’s met with the Hells Angels and asked them not to start a chapter in Surrey. One has to ask if he invited his old Piggy Palace pals to the new billion dollar RCMP bar in the Green Timers clear cut. Bill Fordy and Don Ray. What a team.