The Dismantling of the UN 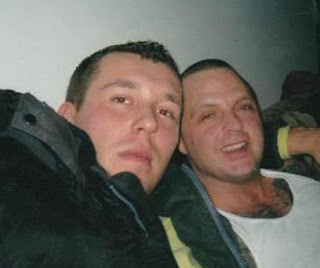 Here’s a blast from the past. Duane Meyer and Kamil Skrodzki, two friends who were with the UN. Both dead. Duane was shot May 8, 2008 outside his young daughters home. Hells Angels attended his funeral. He was originally a prospect for the Hells Angels then began working with the UN when the UN and the HAs were doing business together. Somewhat ironic since the Bacon brothers were the UNs only real enemy at the time and we now see the HAs were clearly supporting the Bacon brothers.

The UN were quick to retaliate but unfortunately someone else was driving Jamie Bacon's SUV to fix the stereo and he was killed instead. After Clay was in prison and after Duane was shot, the HAs started extorting the UN and there was no one left to protect them. Internal conflicts arose and no doubt some less honorable UN members saw more money to be made with the HAs.

Kamil Skrodzki died Oct 16, 2011 at Kris Bensons house. The cause of his death remains a mystery. Clearly the friends who were with him at the time were not his friends. Skrodzki didn’t use drugs he was a chemist. He was responsible for the River Road lab that was busted in Richmond and someone else was paid to take the fall for him so he could keep the operation going.

When the sassafras oil (used to make mdma) became harder to find due to the near extinction of those types of trees and more expensive from police crack downs he stopped making it. That’s when others started making E with a substitute called BZP or PMMA that resulted in so many deaths. Yet one can certainly imagine, leaving the game isn’t always easy or permitted. Especially when that leadership changes and the Hells Angels are involved. 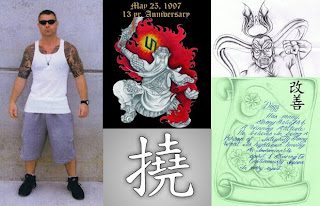 Although Clay celebrated the 13th anniversary of the UN from prison in 2010, Kim Bolan has pointed out the cracks in the UN began to appear even before his arrest. One has to wonder what’s left of the UN now. Most of them are in prison. Which leads me to believe that the brutal rape and assault that took place in Surrey on December 2nd was for a drug debt to the HAs not the UN. Maybe it's not over for the UN. Maybe Clay will meet some Outlaws in the US. 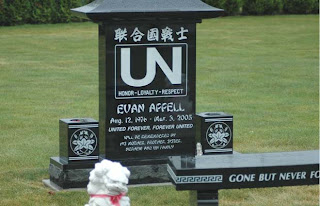