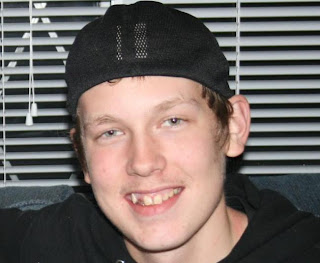 This one breaks my heart. Recently I saw posters for a 20 year old Surrey man named Kevin Fry who had been missing since New Years Day. The poster said he had no mental health or addiction issues and didn’t pick up his last paycheque from work. That did strike me as odd. If a 20 year old is going to take off and start a new life, he’s going to pick up his last pay cheque.

Sadly his remains were found yesterday in a secluded wooded area near 110 Avenue and 154th Street. Strangely the police do not suspect foul play. To me that’s almost offensive. He’s dead. For a death like that not to be foul play it had to have been suicide, or perhaps an accidental slip and fall. Neither seem likely so saying no foul play is expected this early is just plain bizarre.

This one hits home because it’s local. It’s another huge loss for our community. Kelowna has a long list of young men who have mysteriously gone missing. Too many for them all not to be foul play. One of Kevin's friends from High School wrote:

“Deepest condolences to the friends and family of Kevin Fry. He was a great human being and I don't have a single memory of him that wasn't filled with laughter or smiles. Kevin, it was a pleasure to have met you. Rest in peace.”

Today the minister confirmed that Kevin’s death was suicide. Peace.