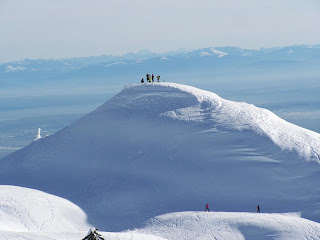 Just a pause for a brief reality check. Made it up to Seymour Third Peak today. This is a picture of First pump from Second pump or peak as they say. Trail was hard packed. Trace of ice and a trace of a rain crust. Could have used the crampons instead of the snowshoes. 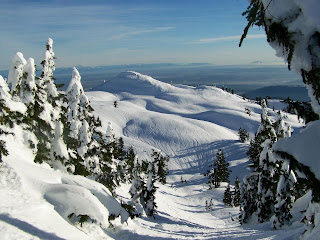 The trail around second pump to third pump: 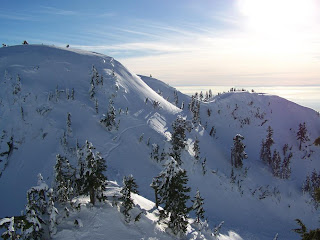 The Indian arm from third Pump: 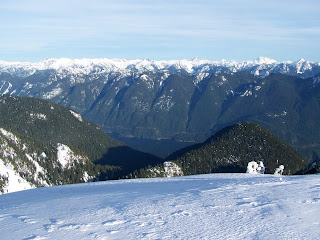 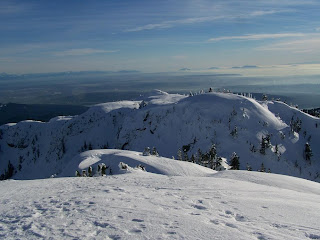 The back country panorama from 3rd Pump.

Now that is what I’m talking about. 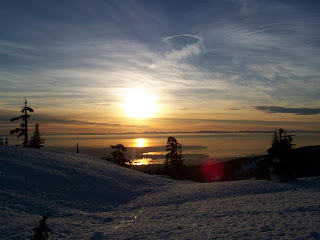