Another Canadian tourist killed in Mexico 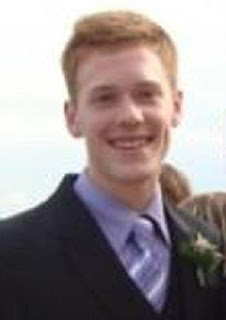 Chris Rogers, an Edmonton university student has died in Mexico. Initial reports were sketchy. First report claimed he got in a fight, was punched in the nose and fell off a balcony. Only he was punched in a night club and fell off the balcony after he was taken back to the hotel by friends. Seemingly the punch gave him a concussion which made him dizzy, implying that’s why he fell off the balcony. Pretty fishy if you ask me.

Who punched him and gave him a “concussion”? Did they follow him to his hotel? Another tragedy has resulted in the loss of another young life. An engineer student with a bright future ahead of him snuffed out for no reason.

However, number tourists have been killed Mexico as well. In November 2012, the body of B.C. man Ron Mackintosh was found dead. Mexican officials said Mackintosh had been dead for several days before his body was found. He had a cord around his neck and was tied to a tree.

In January 2012 a UBC student who was in Mexico working on her doctorate was murdered along with her boyfriend. They were bound, stabbed, set on fire and buried on a beach. Each tragedy represents a profound loss and criminals who have lost touch with humanity.