The making of a criminal and a crime fighter 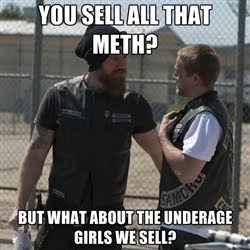 What makes a man, or in most cases a boy, a criminal? Stealing cars? Breaking into someone’s home? That’ll do it. Petty car thieves and people who do B&Es are rats. Surrey Jacks. Petty thieves. At what point does a petty thief become a respected gangster? They don’t. They’re cut from the same cloth.

Stealing high end cars doesn’t make a car thief respectable. He’s still just a car thief. Vin Diesel became a police agent to help bust up a high end stolen car ring in the movie Triple X. Vin Diesel wasn’t the rat. It’s the same with selling crack. A crack dealer is a low life piece of garbage. At what point does a low life crack dealer become a respectable gangster? He doesn’t. It doesn’t matter how many keys of coke he slings, he’s still just a crack dealer selling rat poison on the street.

Everyone says the Hells Angels have a no rape rule. That is such a lie. It’s just a bullsh*t PR stunt. Mom Boucher became a member of the Hells Angels as soon as he got out of prison for armed rape. Boucher was a drug user and petty thief. He had a list of break and enters and theft. He stole cigarettes, TVs and electronics. November 1975 he and a friend burst into a Butcher shop and robbed a 71 year old owner with a riffle and a butcher knife. Selling drugs in a larger scale doesn’t make him respectable. Boucher was stabbed in prison again in 2010.

Giles getting busted for drugs was no surprise. The surprise was Johnny Newcome’s stolen car ring for the Hells Angels in Kelowna. Stealing cars, boats and motorcycles is ratlike. Is Vin Diesel making a come back as Xander Cage in Triple X? Let’s hope so. The world needs more people like him. We need a Xander Cage busting up a Sons of Anarchy drug, pimp and stolen bike ring. Somebody’s gotta take out the trash. 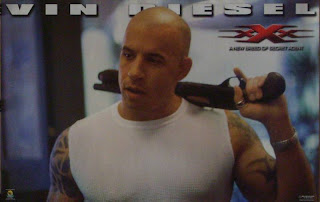