The outrageous gang rape in India has resulted in public demonstrations for justice. In India the laws call for the death penalty for murder and life in prison for rape. Some may argue that a civilized society cannot exist if it believes in the death penalty. Others argue that a civilized society can’t exist if it doesn’t. After all what kind of outrageous brutality are we willing to endorse?

My point is that the brutal gang rape in India has moved a nation to cry our for justice. Indeed we have all been moved around the globe as a result. Rape is a heinous crime. Gang rape falls into the category of mental illness as does a violent rape resulting in a brutal assault and or murder. Like we saw earlier last month in Surrey for a drug debt.

I am told that days after that poor woman was brutally raped and beaten in Whalley, a live grenade was found in a lot across the street. Yet since it happened in Whalley not a word was mentioned in the press. There is a dark evil in Surrey that is trying to hide the truth from the public. This needs to be addressed. When we hide evil, we become accessories to it. 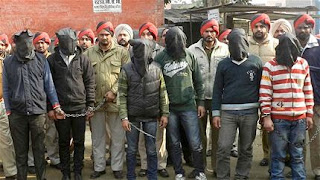 Tragically with all this public outcry for justice in India, another gang rape has occurred there involving another bus driver. A woman got on a bus to go home. The bus driver refused to stop in her town and drove her to another location where he and another man took her to meet five others and they all took turns gang raping her. This is deranged. This is the kind of thing that I personally would support the death penalty for because they obviously don’t care about public safety.

What’s worse is we see the same thing happen here again in Canada. Only a group of six deranged gang banger wannabes beat and gang raped a teenage boy in Prince George and left him for dead in a snow bank. Rape is heinous. Gang rape is mentally ill. Gang raping a teenage boy is not cool. This element of society is deranged.