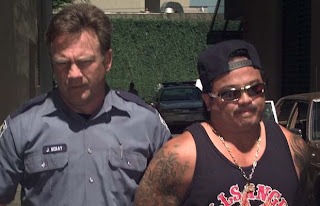 The web site will be officially launched tomorrow and has a big countdown clock on it. She has however posted a preview video. The new site and six part series appears to be the result of interviews she’s had with the one and only Michael Plante. The one referred to as the Million dollar Rat in Neil Hall’s book about EPandora. Evidently that operation and testimony resulted in 12 convictions that lead to the East End Hells Angels.

Many people said the operation was a failure but it was far from it. It documented the Hells Angels connection to the drug trade and has formed part of the case to seize their clubhouse under criminal organization legislation. Kim Bolan was also on a documentary about EPandora called Outlaw Bikers IV Fallen Angels that was on History Television. I did cite part of that case in my chapter on the Vancouver Gang war in Alex Caine’s new book Angel Dust due to be released this fall.