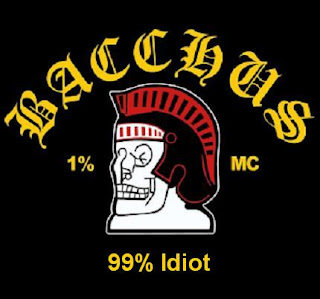 Well Bacchus are sure proving to be the patron saints of stupidity. Last night they kicked off the new year by adding more attempted murder charges to their list of criminal organization activities while they launch their ridiculous new web site.

CBC is reporting that Paul Roderick Fowler who has been president and spokesperson of the Hants County chapter of Bacchus since 2010 has been charged with attempted murder after attacking someone last night with a hammer. These hillbillies think that just because they kiss Hells Angels ass, that gives them the right to be bullies in small towns. Crack heads. Maybe in their case it’s the mushrooms.

“When we arrived, we found that a 50-year-old man had been attacked, as well as a female who had tried to intervene,” he said. “The suspect had used a hammer in the assault, and the victims sustained what we’d call non-life threatening injuries.” MacRae said the three parties are known to each other, and investigators soon arrested Paul Roderick Fowler, 44, at another home on Renfrew Drive.

He used a hammer on a woman who tried to intervene. Who’s the bitch now? On October 3rd, 2012, a Bacchus member was implicated in the murder of 54 year old Walter “Buddy” Wheeler of Fredericton when he ordered someone else to jump the guy while they both tag teamed him. Sounds like a criminal organization to me.

Let’s not forget Matthew Foley, president of the Saint John chapter of Bacchus who plead guilty to manslaughter after he was caught on video running back to the clubhouse to reload as he chased a guy he couldn’t take in a fight with a gun and shot up the whole neighborhood. The brain surgeons lost their clubhouse after that stupid move.

Didn’t Bacchus get caught selling drugs for the Hells Angels in PEI? Yeah they did. That was tied to the Halifax chapter.

Please note the new buttkiss website is defiantly sporting their traditional logo with the condom nose and the poked out eye that not even the guys in prison will get tattoos of. Kinda like Pat James bragging about his ridiculous ink on the back of his head even after everyone starts laughing at him. These are flaming idiots and they are proud of it. BTW that ain't no Spartan. 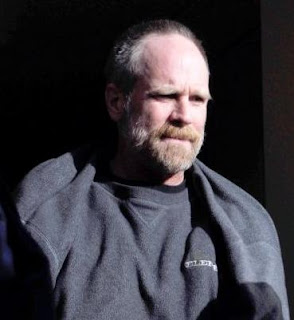 Get this – the hillbilly beat up a woman named Nicole Fowler. She has the same last name as him. Turns out she’s his estranged wife. What a freaking meathead. No wonder she left. MC Hammer, can’t knock any sense into him. Let’s count how many Support MC Hammer idiots there will be at his bail hearing. Clowns of a feather all go to the circus together.

Duty counsel for Fowler requested that his client’s bail application be delayed until Monday. Duty counsel – that would be the free lawyer the government gives you. What’s the matter that big bad criminal organization won’t foot the bill for a lawyer? According to court documents, Fowler is alleged to have hit McConnell on the head with a hammer. It’s also believed two children were in the home when the alleged assaults happened. Kids were present? Idiot! Like one blog reader reminded me, Pride cometh before the fall.

In a way, I do feel sorry for the guy. He’s going through this mid life crisis and becomes the local president of a group of flaming idiots who want to be an OMG and sell drugs. His wife leaves him with the kids and shacks up with another man. That’s gotta be embarrassing in a small town. Hard to threaten people as a big bad omg when that happens.

I saw one video of a father trashing his daughter’s mother in the daughter’s presence. The daughter just stood there thinking and the video played her thoughts out loud. Well if my mom is a b*tch and I’m half my mom, then I musty be a b*tch too. It was heart breaking and goes both ways. Children need to be protected from violence but bad mouthing the child’s parent in their presence isn’t healthy. The father should still have access to his kids. If there’s a concern about violence it should be supervised access until that concern is resolved. The last thing we want is some guy to shoot his ex, his kids or himself. That kind of domestic violence is far too common in our society. So is badmouthing your ex in front of the kids. Neither is healthy.