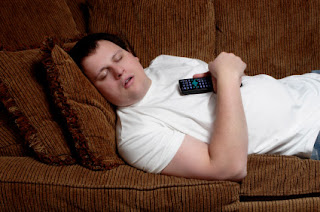 There’s a new protest movement going around that members of the First Nations community are calling idle no more. Evidently they are playing on a stereotype about being idle and not working. So when I hear a group of people rally together and publically commit to being idle no more, I’m sure others join in with me cheering their commitment to get a job and not being idle any more.

I do have two concerns. There clearly are problems on many Native reservations. This news video may be propaganda, but it talks about numbers of dollars going into some of these reservations and how that money is being sucked up by chiefs, elders and politicians while the condition of their reservations continue to deteriorate. Something fishy is going on.

Yes there is a problem with repairs but there is also a problem with money allotted for repairs filling someone’s pocket and not going to where it’s supposed to go. This is something that needs to be addressed especially when you talk about inherit right to self government. I know several natives that don’t trust their chiefs and elders with the money that is currently given them. You wanna turn around and make those shady politicians kings and queens in a monarchy? I think many members of the reservations have concerns with that.

There has been some past history of injustice that has affected the First Nations community in Canada. They aren’t the only ones. Chinese Canadians were exploited to build the railway. Japanese Canadians had their land taken away from them during the war. Recognizing an injustice is important to heal and over come it. It doesn’t turn us into victims for the rest of eternity. Nor does it give victims a license to become bullies themselves.

Canada is full of people from different ethnic backgrounds from all around the world. It’s not just a matter of the white man coming here and taking over. It’s a matter of a global population sharing the earth mother nature has given us to be stewards of. All of us, regardless of what ethnic background we come from, have to get a job and provide for ourselves. Going back in time and living off the land in tents doesn’t cut it any more. Times change and no one has a right to extort others to avoid having to get a job and take responsibility for their own life.

Not paying taxes is bad enough. I suppose no Native in Canada drives on a public road or ever goes to a public hospital. Idle no more means getting a job and paying taxes like everyone else.

This is a woman who makes $70,000.00 a year tax free, has no mortgage because she gets a free home and pays no property tax. Most of us contribute to United Way in some form. How much of that excessive salary does she spend on the starving members of her band? An audit of the bands finances has found significant documentation lacking for the $104 million transferred to the band between 2005 and 2011.

Theresa Spence said she demanded a meeting with Prime Minister Stephen Harper. Then she said she won’t be attending. I’m sorry but this woman is a nutbar.

Habitat for Humanity can oversee repairs and building new homes on Native reserves. Members of the reservations can chip in and help build their new homes. This will give the youth something constructive to do that will not only help the suicide rate but give them a life skill where they can get a high paying job in construction industry. Volunteers who care can join in and help build these homes instead of blocking railways and extorting the general public. “The Prosperity of Canada’s First Nations begins at home” Shawn Atleo

"I'm not sure who is advising her,"