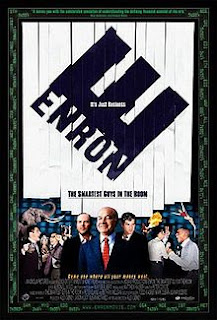 Far worse than the intrusive nature of the smart meters is the scam that created the colossal ballooning BC Hydro debt that tax payers are eventually going to be expected to cover. It all started when the Campbell government wanted to privatize BC Hydro just like Enron. Like we didn’t see the writing on the wall with that one.

Since there was such public opposition to privatizing BC Hydro, Campbell’s Sith Lords made a compromise. They split it in two and privatized Tersan gas while leaving BC Hydro as a public company. So we were told. The problem is they didn’t leave it a public company. They secretly privatized the companies that sell the power to BC Hydro to their friends which created the colossal ongoing deficit scam.

What’s wrong with making a profit? Normally, nothing. Only when you change the mandate of a public power company it then becomes mandated to rip you off and charge more for their rates, which is exactly what happened. The privatized power companies that started selling the power to BC Hydro started charging inflated rates so they could make more money. Did they take those profits and reinvest it into the tax revenue as dividends for the government? No they did not. The put it in their greedy little pockets and called it good business. BC Hydro then in turn sold it to California at a loss. Anyone in the private sector will tell you that is bad business.

So now we’re told about this huge deficit that is rapidly expanding and being deferred each year that we will one day have to address. They are using this scam to say, see a public power company can’t run as efficiently as a private power company, we need to bail out their debt and privatise the whole thing to our buddies in the scam. Wrong. Instead, we need to address the cause of the problem not the symptom. We need to do away with the privatized power companies that sell the power to BC Hydro at inflated rates and bring that back into a publicly owned and controlled BC Hydro. We need to reduce the middleman and buy direct from the source. That is good business.