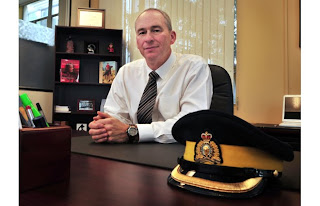 An RCMP spy task force called Special O was highlighted in Sunday's Vancouver Province. It starts off with more sexual harassment complaints but gets weird after that.

Although Bergerman and her colleagues quickly noticed that Pearson seemed constantly to be furtively texting and dashing out of the office without warning, they couldn't know that two young women he ushered onto the unit would allegedly become on-the-job sex partners who later claimed they were compelled into relations with Pearson and sexually assaulted.

Doesn't sound very professional to me. These are the people who investigated Air India, Robert Pickton and the Surrey Six. No wonder one of the RCMP officers investigating the Surrey Six ended up having an affair with a witness. Bizarre behaviour leaving key investigations short changed.

This is why our police forces and our "intelligence" agencies need to be publicly accountable. The public doesn't need to know details of an investigation,but they do need to know about an investigator's misconduct.