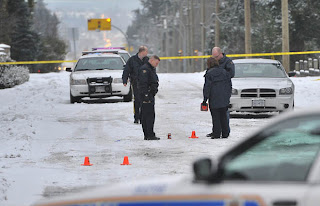 There was another shooting in Surrey last night. 139 street and 56th avenue - that's awfully close to the courthouse and police station. Sean Beaver who was shot dead last night was the half brother of a Dhak associate named Stephen Leone that was shot dead last October. Is that a Tim Horton's coffee cup being used as an official marker? 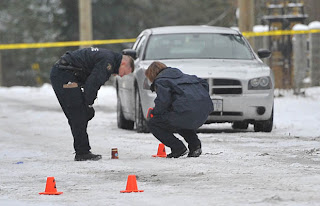