Is Mitt Romney another Obama? 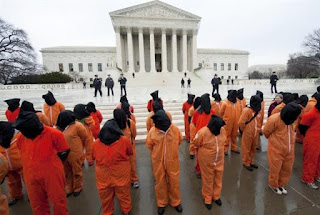 Although I totally agree Mitt Romney is a much better choice than Sarah Palin, Donald Trump or Newt Gingrich, I’m still forced to ask is Mitt Romney another Obama? Does he walk the walk or does he just talk the talk. There was an editorial in the Vancouver Province recently about how keeping Guantanamo Bay open was Obama’s biggest failure. His next was like unto it. Opening more Guantanamo bay prisons accross the United States.

The passing of the NDAA which throws away the Bill of Rights and gives the military obscene powers to violate anyone’s right they conveniently classify as a domestic terrorist. As that bill was passed, England put the entire occupy movement on the domestic terrorist list while in the US they were pepper spraying seniors and University students for peacefully exercising their right to lawful assembly.

Don’t get me wrong. Mitt Romney seems like a nice family man with traditional religious values. Yet Obama seemed like a great guy too and he said one thing and did the other. No doubt his background in the Secret Service had something to do with his caving in to the same old agenda.

Ron Paul’s position is pretty clear. The neo cons have committed a lot of fraud and created financial chaos for the public interest while lining their own pockets through insider trading and campaign contributions. Ron Paul is still speaking out and a lot more people are listening.