Harper Destroys Canada’s Pension Plan based on a Lie 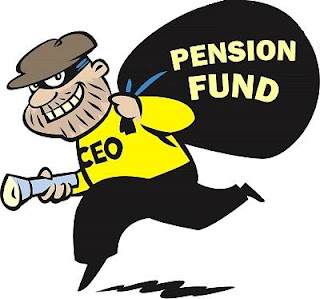 Well here it is. The devil revealed. This is why we shouldn’t have given Stephen Harper a majority. He is a liar. “They’re all liars, it’s better to have a Conservative liar than a Marxist liar “ you say? Stephen Harper is NOT a Conservative. He is a liar. He is what the master would have described as a liar and hypocrite who has pimped the church for his own personal gain. OK maybe the master wouldn’t say pimped the church but that is what he would have meant. He would have just found a more politically correct term. John’s revelation referred to the great whore of all the earth. Stephen Harpers’ agenda is the same as that great whore John referred to.

Here’s the news: Stephen Harper just announced he’s going to take his majority government and after dropping expensive bombs in Libya and spending a huge amount of money on jets from one of his own lobbyists, he is now going to destroy Canada’s Pension Plan once and for all. Oh the cunning plan of the evil one.

The neo cons have been preparing us for this. They keep telling us money is short, times are tough. Yet the real lie is about the bank bailout that Canada never did but did in secret. The one that took us from a surplus in the millions to a deficit in the billions with one sweep of the devil’s pen.

Stealing pensions is the new corporate golden egg that consumes their greed. At first they wanted to tap into the interest of employee pensions seeing the huge amount of money just sitting there waiting to be stolen. The people didn’t like that idea. Pensions are sacred. So instead they stopped giving employees pensions. That was they could have the principle and the interest too. Oh the cunning plan of the evil one.

This is where Stephen Harper has taken us. He wants to steal our pensions because he spent billions of tax dollars on the banks. That is so wrong words cannot express how wrong it is. We need to wake up and smell the coffee. We need to open our eyes and see what the enemy within is doing to our country. It is treason and we need to resist it.