Houston, We have a problem 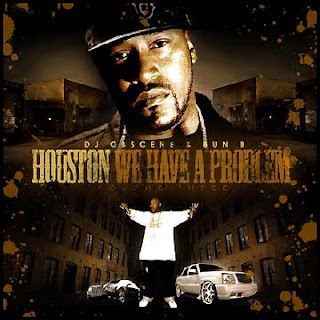 Who is responsible for these murders? A lot of people are talking about how the Hells Angels are now involved in an all out gang war in Vancouver just like they were in Quebec during the /90’s. Although I have no intention of over dramatizing the situation, I will do some basic math.

I wasn’t the one that said the Hells Angels are warring with the Duhres. That was clearly defined in the media. Kim Bolan was likely first to make the claim. So if the Duhres keep getting shot in Surrey, Vancouver and Abbotsford, who one earth do you think did it?

Vancouver and Abbotsford’s first murders of 2012 have ties to the Hells Angels. Surprise, surprise. Although Vancouver’s “gang war” peaked in 2009, I do think this year we have made some significant progress in dealing with the problem. After all it is a problem that is affecting public safety.

The progress that I think we’ve made has nothing to do with the drop in number of public executions. As I’ve said before, that just means one side won. The progress that we have finally made is that now we all know the Hells Angels sell drugs, use violence to control the drug trade and are now the prime participants in the current gang related violence we are currently witnessing.

Sure it seems like one step forward three steps back but I do think it is a significant step. After all, rage and denial are the primary tools that hide an alcoholic’s addiction in a dysfunctional family. The first step in dealing with an alcohol problem is to admit one has an alcohol problem. “Hi, my name is such and such. I’m an alcoholic.” Or in our case, Hi, my name is Vancouver. We have a Hells Angels problem and it’s a big problem. It’s tied to drugs, prostitution and extreme violence that is affecting public safety. There, that wasn’t so hard was it?

The next step in dealing with our problem is to get over the fallacy that we are somehow better off if we let the Hells Angels control the drug trade. That is so wrong. When is a monopoly ever good? Giving a criminal more power does tend to corrupt. Giving him absolute power tends to corrupt him absolutely.

Supply and demand states that if there are two drug dealers on a corner they will compete for business. Maybe one will charge less than the other. Maybe one will give a better more pure product than the other. If a customer is mistreated by one, they can simply go to another. Yet when you let the Hells Angels have a monopoly on the drug trade that just doesn’t happen. People start loosing fingers for small drug debts. People start getting pushed out of windows for large drug debts.

What’s even worse is they will betray and brother and they will betray a sister just to make more money. Greed consumes them and they start bragging about murdering a woman. That is the peak of their abomination. That is the turning point where society says enough is enough. The light penetrates the darkness and all of a sudden people realize who the real rats are. People start to realize that ratting out a rat is good. Bragging about murdering a woman is not.