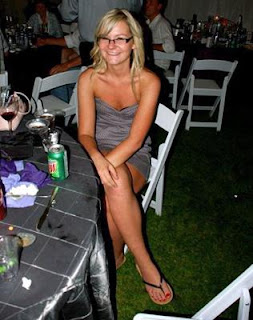 More tragedies over Christmas and New Years. December 22 a seventeen year old girl from Abbotsford died from taking ecstasy. Another 24 year old woman from Abbotsford is in the hospital from an ecstasy overdose. Her friends claim she took seven hits. 24 is old enough to make your own decisions. Yet taking seven hits of ecstasy is not a wise or responsible decision. Tragic.

Calgary has just reported it's fourth ecstasy fatality. In Calgary a man died December 23rd from an ecstasy over dose and another fatality from New Years. A friend took Robert Harding, 25, to hospital but medical staff weren't able to revive him. "I think he took too many," said his older brother, Arlin Harding.

Daniel Dahl, 18, overdosed on ecstasy at a house party earlier this month. His mother said he ingested up to seven tablets of the drug. Dahl spent 10 days in hospital before doctors declared him brain-dead on Dec. 19.

In November, 16-year-old Alex Kristof died after taking ecstasy at a house party. Health officials said Kristof took eight tablets. Authorities said several people who attended the same party also took the drug — but just one tablet each. They were treated in hospital and released.

For now, authorities have no definitive answer about why three people have died after taking the drug while others have lived. The difficulty, said one drug investigator, is taking ecstasy in any amount is inherently dangerous. Tests routinely find ecstasy laced with other drugs such as ketamine, cocaine and LSD, and in varying potency. "Any amount of this drug is highly dangerous," said Staff Sgt. Mike Bossley of the Calgary police drug unit. "You're getting a different strength of drug every time you take it."

No doubt the suppliers of the Ecstasy from Abbotsford and Calgary are linked and it's not Santa. So what now? Do we start handing out free pill jars to make it easier for people to take ecstasy so they don't get germs from handling them by hand? Extacy like crack is a poison. We should not be helping people take poison. These are young people with their whole lives ahead of them. In many cases they are simply teenagers.

Young girls taking E as a diet pill is amazing. Either that's a line they're telling their parents or they're misinformed. Ecstasy is not a diet pill. Ecstasy is a very unstable drug. It's not safe to take. Taking seven his is very unwise. Similarly, a good dose for a regular Oxycontin user is enough to kill someone else. We shouldn't be spending tax dollars to make it easier for people to ingest poison.