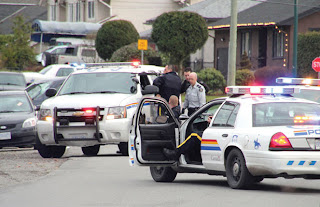 As I keep saying, it’s impossible to keep up with all the local shootings. That’s more Kim Bolan’s specialty. Yet there have been even more shootings in Surrey recently that have been relevant. The police made such an effort to tell the media that the Christmas shooting spree in Surrey had nothing to do with organized crime or the gang war. The brazen disclaimer was suspicious.