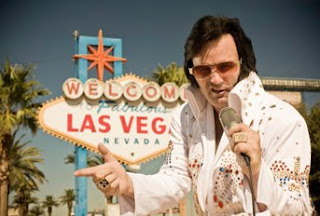 Gay divorce is in the news oddly enough. I don’t want to sound mean or insensitive but I don’t give a rat’s ass about gay marriage. If two gay people want to get married, who cares? I mean really. Who cares?

The new news is that a foreign gay couple who were married in Canada are now seeking a divorce. For some reason the government has a lawyer present arguing that their marriage is not legal. Rather bizarre. Of course their marriage is legal – in Canada. The problem is, they now want a divorce. Seemingly, the Divorce Act in Canada states that for you to get a divorce in Canada, you have to be living in the country for a year. So if a gay couple comes to Canada to get married and gay marriage is not legal in their country, then getting a divorce is somewhat problematic indeed.

Excuse me for finding that somewhat amusing. You want gay marriage? OK you’ve got it, but you’re stuck with it. No divorce allowed. Knowing that divorce proceedings can be somewhat tense at times, I did find that somewhat amusing. Obviously the divorce act has been amended by now but the loop hole for foreigners who get married in Canada is still slightly problematic.

No doubt if they are living in the United States, they could get a divorce in a state that allows gay marriage. I have no idea if the divorce act in the respective states has a similar requirement to have lived in that state for a given period of time but I doubt it. Likely if you can get married in a whim in Vegas you could also get divorced in a whim there as well. Unfortunately, until the divorce act is amended in Canada, gay foreigners who get married in Canada are stuck. Perhaps Katie Perry will come up with a sequel to That’s what you get for waking up in Vegas to That’s what you get for waking up in Vancouver.

Posted by Dennis Watson at 3:21 PM