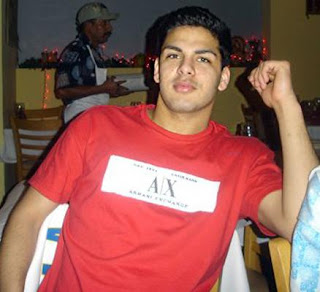 As the bizarre case of Jassi Sudhu's murder goes to trial where her mother and uncle are charged with her murder, another disturbing case comes to light. An 18 year old kid named Harvey Hans gets in a fight and punches another kid named Shavinder Brar.

So Brar gets a 23 year old named Amrit Gill and a posse of friends to wait outside Harvey Hans' house. Gill used a taser on one of Harvey's friends as they slit Harvey's throat. Cold, heartless and cheap. What's worse is that the two accused were only given five years each for manslaughter. Five years for slitting someone's throat is lawlessness. It diminishes all of us.