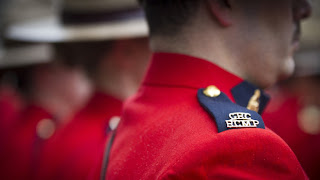 Another female RCMP officer in B.C. is alleging sexual assault she suffered while on the job. Const. Karen Katz, an officer in the Protective Services Section of E-Division, has filed a lawsuit in B.C. Supreme Court describing several incidents of abuse at the hands of a male officer.

There were a few more incidents of police misconduct before the holidays. An Ottawa case of an officer being accused of excessive force and covering it up comes to mind. Everyone is in agreement there has been problems within the RCMP and the new RCMP Commissioner seems determined to help restore dignity to the force. Clearly the fallacy of being the most professional organization in the world has been exposed.

Obviously, good and evil exist. Obviously law enforcement is a good thing. A world without law would be chaos. Making the police publicly accountable is a step in the right direction.