102 minutes that changed the world 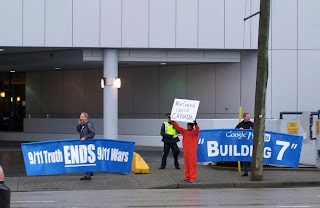 There was a very disturbing documentary about 9/11 on TV last night called 102 minutes that changed the world. It showed a lot of unseen footage taken from private cameras and cell phones after the first plane hit the first tower and on through the second plane and the eventual collapse of the towers.

It was very disturbing because without question 9/11 was a horrible event. A few years ago I was at a jobsite and we were discussing 9/11 and the Bush Administration. The person I was discussing it with came right out and said do you believe 9/11 was an inside job? I looked him in the eye and said yes I do. There was silence. A woman I worked with looked at me like I had just said I was an alien from outer space. She was shocked. I shrugged and said I sincerely believe it was an inside job.

One of the things that bothered me about the documentary last tonight was that it didn’t even show the collapse of the first tower. They had all this new unseen footage and they cut out the collapse of the first tower completely. They just showed the tower and a plume of smoke with it gone shortly thereafter and all the shock that the tower had completely disappeared.

It did show the collapse of the second tower once briefly from a distance. The whole point is that buildings don’t collapse like that unless the load bearing beams are blown out in a controlled demolition. A better example is the third tower. The third tower fell in the exact same manner and no planes hit it at all. It didn’t fall over. It collapsed into it’s own blueprint at freefall speed. Architects will tell you that is a controlled demolition. Larry Silverstein admitted they pulled that tower.

Another thing that bothered me about that documentary is that it didn’t show the subsequent explosions we all saw after the planes hit. It did interview one witness covered in dust. He was asked What happened? He responded with: It collapsed. The top flours collapsed. I saw it blow and I ran like hell. I may be 69 but I can still run. He saw what blow? He said he saw something blow right before the tower collapsed. He wasn’t taking about the initial explosion when the plane hit it. He was talking about right before the tower fell. Other eye witnesses claim they also saw explosions going off in the Towers after the planes hit. Those witnesses are now dead.

Another disturbing thing is the fact that right after the documentary they advertised another new documentary about JFK exposing his mistresses. We all know it is highly likely that JFK had an affair with Marylyn Monroe. That wasn’t the conspiracy. The conspiracy was the fact that he was assassinated. That is a historical fact. He was murdered after he vetoed Operation Northwoods and reassigned the Joint Chiefs of staff who signed it and fired the Director of the CIA who submitted it. 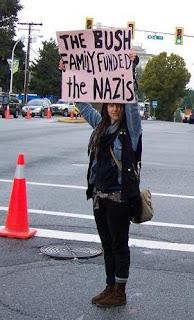 Allen Dulles was the one that helped hide the Bush family’s dealings with Nazi Germany. Putting him on the Warren Commission to investigate Kennedy’s assassination was a complete conflict of interest. Kennedy was shot from the front not from behind. The secret service pulled back his body guard right before he was shot. 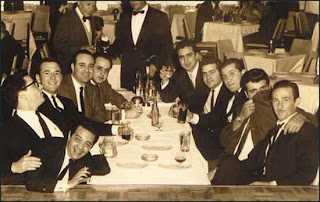 Allen Dulles was also involved with Operation 40 which just happens to be highlighted on Jesse Ventura's TV Series Conspiracy Theory. Barry Seal our cocaine smuggling friend for the Agency in Mena Arkansas was also a member of Operation 40.

I’m sure if we took video footage of children screaming with radiation burns in Hiroshima and Nagasaki that too would generate strong emotions. We need to open our eyes and look at the facts. Larry Silverstein bought the twin towers after the port authority lost the court case to pay for the asbestos removal. Yes the twin towers were half full of asbestos and yes the port authority wanted to demolish the towers but were forbidden from doing so because of the health concerns. That horrible dust cloud we all saw wasn’t just dust. It was full of asbestos.

Larry Silverstein went back to court with the port authority at his side and sued the insurance companies again. This time he wanted to get paid double the value of the policy because two planes constituted two terrorist attacks. They won that court case. He doubled his investment over that horrific tragedy.