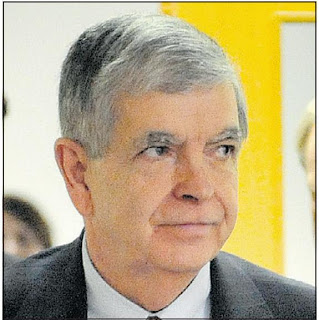 This is astounding. The Pickton Inquiry heard evidence claiming that not only did the police delay in arresting Robert Pickton after having several tips about him murdering women on the pig farm, but one officer visited him and told him the name of two informants who claimed he was killing people on the farm.

Words cannot express how absolutely outrageous that is. RCMP Supt. Bob Williams refused to say on the stand at the Missing Women Inquiry Thursday if naming those informants put their lives at risk or undermined what was still an active serial- murder investigation.

Williams interviewed the officer, Cpl. Frank Henley, for his 2002 report on whether the Mounties could be liable for civil lawsuit compensation to the families of women murdered by Pickton.

"Snitches are not welcome in the criminal underworld. In fact, they are probably often killed?" demanded lawyer Jason Gratl, a lawyer acting for Downtown Eastside aboriginal and women's groups.

Pressed by Gratl to say if revealing sources was a "breach of discipline . . . or a firing offence," Williams, the first senior Mountie to take the stand, protested, "that's going pretty far."

OMG. Who on earth is Bob Williams? If the devil was ever called to testify at the inquiry, that is no doubt exactly what he would say. Telling Pickton the names of two police informants was a colossal breach of trust. They are only worried about civil liability. No wonder. They certainly breached that.

Not investigating Pickton when they had more than one tip and more than one witness was bizarre. Telling Pickton the names of the informants was absolutely outrageous. Unprofessional doesn't cover it. It was pure evil. It makes us wonder about when the inquiry will here the promised evidence that off duty police officers attended the wild sexfest parties at Piggy Palace.

There was another witness who was going to testify in the Pickton trial that Hells Angels attended parties at Piggy's Palace in colours. When "Bikers" showed up at her home she left town and didn't testify. Did Cpl. Frank Henley also tell the Hells Angels the name of the informants that were going to testify against them? This is more evidence that Pickton did not act alone. He wasn't the group of bikers that showed up at that witnesses' home to scare them out of testifying in court.