Zen in the Martial Arts 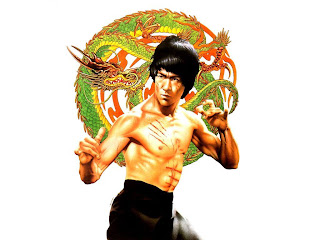 What first led me to Zen was a study of the martial arts. Remember the martial arts originally was a way of life. There was a philosophy that was a part of any real martial arts training. In today’s world that seems to be lost entirely.

Old movies like the Karate Kid showed a struggle between good versus evil. Most of the early Bruce Lee movies showed him fighting the bad guys who were smuggling heroin. Bruce Lee was not fighting to promote drug smuggling and greed.

The UN gang tries to take some of the traditional Asian values and twist them into supporting something bad. Honor and loyalty are good but there is no honor in selling crack and loyalty to a criminal enterprise is very misguided. Especially when that criminal organization sells date rape drug.

Zen is very much in the moment. It doesn’t just apply to Buddhism. I can apply to anything. It’s simply thinking outside the box. Looking at the bigger picture and seeing how our actions affect others and the world we live in. No doubt true Zen has a social conscience (Dali Lama) and a passion to protect the environment. Indeed, we are one (Bob Marley).

The purpose of martial arts training was to preserve and protect. It was not to control and abuse. That is the dark side which leads not just to anger and hate but to selfishness, greed , oppression, dishonesty and unfulfillment. It is not only wrong but it is empty and incomplete.

Allan Watts studied Zen. He wrote an interesting booklet that talked about Christianity. In it, he claimed the translation of the Greek word sin literally meant to miss the mark. If our ultimate goal in life is to find peace, happiness and fulfillment, to sin would be to miss the mark like an archer misses his target. To sin then would be to do things that would take away true happiness and real fulfillment.

Martin Luther King taught anyone can be great because anyone can serve. Clearly the dilemma arises when we realize that true happiness comes through service to others. Not slavery, but service. Indeed whosoever shall lose his life shall in so doing find it.
I remember hearing about a Chinese painting of Heaven and Hell. The artist’s image of hell was a dinner table filled with food. Seated at the table the guests had chopsticks longer than their arms. They were too long to get the food into their mouths and were the only way they could eat the feast before them.

As a result everyone was in torment because they were starving sitting in front of a huge feast and unable to eat it. They were miserable. Conversely, the artist’s image of heaven contained the same dinner table with the same eating utensils. Only this scene was very different than the other. In this scene everyone was happy and fulfilled. The only difference was they were feeding each other.

I don’t believe Hell is a place where God spanks us for eternity and repeatedly tells us I told you so. I think Hell is simply having lived a selfish live and being then grouped with people just like us. Living in a society where people rob, rape and murder would be somewhat less fulfilling then living in a society where people aspire to something higher and work together for a common goal. It really is that simple. Is this the real life or is it just a fantasy? You tell me. Perhaps it’s just a Bohemian Rhapsody