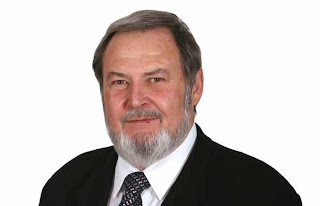 Hours after publicly speaking against tougher drunk-driving laws, Edmonton East MP Peter Goldring was charged Sunday for refusing to take a breathalyzer test when a police officer pulled him over.

"Our government takes drinking and driving very seriously," said Sara MacIntyre, Prime Minister Stephen Harper's press secretary. She wouldn't comment further while the case is before court, except to say Goldring, 66, has withdrawn from caucus until the charge is resolved.

The Vancouver Province is reporting Goldring has changed his caucus affiliation from Conservative Party to Civil Libertarian after being charged with failing to provide a breath sample to police in December.

In 2009, Goldring opposed proposed legislation changes that would allow police to screen all drivers with roadside breathalyzer tests, whether or not officers suspected the drivers had been drinking.

"It is safe to say everyone is opposed to drunk driving - but there are civilliberty issues involved," Goldring wrote in an article posted on his website at the time. "There is the presumption of innocence and the right to not selfincriminate."

That's rather absurd. If we oppose drinking and driving, we will gladly give a breath test. The only reason for not doing so is as he claimed, not to self incriminate. In other words you're guilty but you don't want to get caught. Just like Toronto Mayor Rob Ford in Florida. Shame shame. I still say seizing your car after two drinks is wrong. That is a civil liberty issue not refusing to provide a sample to not self incriminate.