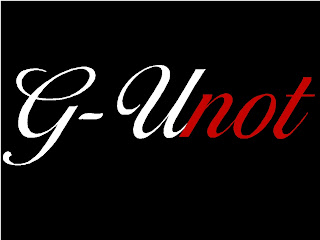 Right now, Harper screwing up our pensions is my primary beef. That is unbelievable. Lying about the bank bailout in Canada, taking us from a surplus in the millions to a deficit in the billions because he gave the banks $65 billion when he said we didn’t have to was astonishing. Repaying that bailout by deregulating pensions is pure evil. Although he didn’t say a word about it during the election, he was involved with the pension theft at Canada Post prior to the last election.

After the employees voted no to losing their pensions, Canada Post locked out their employees knowing that Stephen Harper would legislate them back to work. Now he is continuing that dirty deed in his quest to steal pensions from all new Canadians not just unionized workers. This is not a heritage to be proud of. Stephen Harper and Gordon Campbell are scoundrels.

My next biggest beef is the BC Hydro fraudulent debt and the secret quest to crash the public company and turn it into another Enron disaster at the taxpayers’ expense just because privatizing Hydro will remove all public accountability. That is treason.

My third beef is obviously the gang war resulting from the public sale of crack and crystal meth. Stephen Harper is not an honest man. He was elected on a tough on crime platform, only to cut funding for the RCMP and the Gang Task Force.
He didn’t give anyone more money for more prisons. He came up with an insanely unbalanced crime bill and told the provinces they had to pay for it. That’s like Christy Clark giving away a new stat holiday she doesn’t have to pay for. Only it’s much worse.

His ridiculously unbalanced crime bill will prevent us from being able to afford to fix the problem we have all been complaining about – addressing violent crime. When someone gets more prison time for growing pot than for sexual assault, something is very wrong.

Destroying our prison system, which is exactly what Stephen Harper is doing by over burdening it with nonviolent offenders, will bankrupt it unnecessarily just like the California privatized prison system disaster.

Stopping the public sale of crack would be an easy task. On welfare night in East Vancouver the line ups for the crack dealers are a block long. It would be a very simple task to walk up to that line and arrest the crack dealer not the addicts. The fact that we are not doing that is suspect. It brings us to Operation Fast and Furious.

Operation Fast and Furious was nothing new. They were caught doing what the Bush and Clintons were doing out of Mena, Arkansas for years. If we want to get crack off the street, we have to open our eyes and take a look at the obvious corruption that is putting it there.