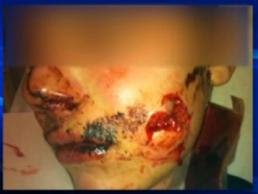 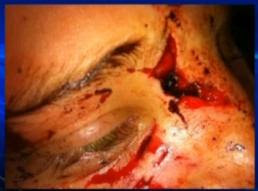 There has been a fair bit of media lately about police dogs using excessive force. I used to know a guy many years ago who was involved with training police dogs in Delta. I didn’t really know him, I just remember hearing him speak and give a presentation on police dog training.

To my understanding, back then the dogs were trained to grab the arm and pin the suspect. There was no mauling the suspects face involved in that training. It sounds like things have changed.

In the two cases on the news, both suspects admit wrong doing. One kid admitted to breaking into a convenience store and stealing a monster drink. Hardly a serious offence. Sending a police dog to grab and pin him would be appropriate. Having the dog maul his face is not appropriate. It’s like tasering someone after they’re down or after they are hogtied. Reasonable force means taking the person down not beating the tar out of them once they’re on the ground.

Likewise the other case on the news showed a guy using a skateboard to smash a transit bus door. He was not only in the wrong but committing an aggressive act that warranted a certain amount of reasonable force to subdue him. He too was mauled in the face by the dog and had tendon damage near his knee which made him unable to walk properly long after the attack. Even though that suspect was in the wrong and being aggressive, using force to take him down was warranted but mauling his face and knee after he was on the ground was not.

Mauling someone’s face after they are on the ground is wrong. The dog’s trainer on site is legally liable. He could easily have given the command to stop but obviously felt punishing the suspect after he was subdued was his right when it clearly was not.