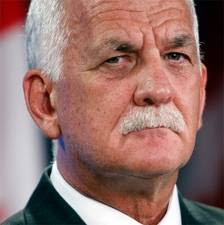 Well this certainly doesn’t come as a big surprise. They flipped on the bank bail out why not flip on torture. Only their position on torture hasn’t been reversed, they’ve just been caught with guile. Torture is illegal in Canada. Obviously they’re not going to come right out and say they support torture. That’s the purpose of off shore prison camps like Guantanamo Bay, to get around the legality of torture.

Now CSIS claims that they are opposed to torture but they will not destroy evidence they have received from torture. What a crock of shit that is. To make matters worse, Harper’s government sent out a bullshit warm and fuzzy press release claiming they opposed the torture that went on in Libya under their command. Yeah right. They banned the activist who complained about the torture in Libya under their command from entering Canada.

Harper and McKay LIED when they said they did not know the Canadian military were handing over prisoners in Afghanistan to be tortured. We’re not talking about water boarding. We’re talking about hood over the head electric shock treatment. Harper denied knowing anything about it in one breath, then fired and slandered the whistleblower in the next breath. He is a liar.

Obviously Hitler would have argued that torturing anyone who opposed the third Reich was a matter of National security. No doubt he would torture someone falsely accused of terrorism after he burned down the German Parliament and blamed it on terrorists.

Likewise Stalin would no doubt argue that dissidents were a threat to National Security and should be tortured. We know that as the US passed a treasonous bill that threw out the bill of rights giving the military power to arrest domestic terrorists without a charge or due process, England published a list of domestic terrorists that include everyone protesting in support of the occupy movement.

Now all of a sudden we have people supporting the constitutional right to lawful assembly labeled as a domestic terrorist. That means they have no rights and can be tortured. That is so wrong it is absolutely insane debating the matter. This editorial in today's Vancouver Province entitled Canada should not use info from torture is right. This other article from today's Vancouver Province stating why Tories defend torture stand is so very wrong.