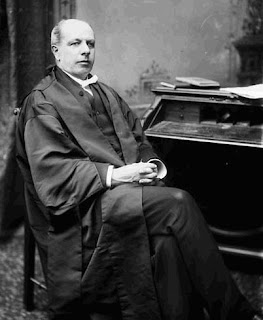 On a matter of personal privilege, I’d just like to point out the obvious. I did not create my web site and my blog to be an online forum for people to argue in support of organized crime. I created it to help raise public awareness about the driving force behind the gang war that is plaguing not only our city and province but our entire country.

The Hells Angels involvement in the national drug trade has become clear. The biker war in Quebec was, as we all know, a war over the drug trade. If anyone takes the time to read the book, The Road to Hell: How the Biker Gangs Are Conquering Canada, it will become clear that I’m not the only person who is concerned about the Hells Angels taking over organized crime in Canada.

No matter what I write about someone will complain. When I first started blogging people kept complaining that I talked about the Hells Angels all the time. Then when I started posting about a few political issues directly or indirectly tied to organized crime, others complained and said stick to blogging about the Hells Angels because that is what I do best. Obviously it’s a no win situation because no matter what I write about, people will complain regardless.

It reminds me of the Ricky Nelson song Garden Party. It was about a musician who went to a garden party with some old friends. He tried some new songs that he thought his friends might like but it ended up being awkward. They just wanted to hear the old songs he loved and was known for.

His conclusion was that he had learned his lesson well. You can’t please everyone, you have to please yourself. Not in a selfish way, in more of a Shakespearean to thine own self be true kind of way. I will continue to blog about what I feel is important. It’s just a blog. I’m just one person. There are millions of blogs out there about a million different subjects.

And yes, I do have political opinions. Yes some people have a hard time with statements like Harper’s evil agenda. Yet to me, that’s the only way to describe it because I don’t believe he is misrepresenting himself accidentally. I believe it is a cold hard agenda tied to corporate greed. When I hear some of the ridiculous nonsense it makes me want to scream. Blogging about it is a healthy and peaceful way for me to vent without doing anything stupid.

I’m not sure if I’m going to just stop having comments for a while. I don’t mind feedback but endless criticism is pointless. If you don’t like it, don’t read it. It wasn’t my intent to create an online forum for people to argue. Kim Bolan’s blog is much more interactive and I most certainly don’t have the time to be a forum moderator.

Some people want to legalize marijuana. Others don’t. I shun extremism. Knowing there is a whole wack of people out there who want to legalize marijuana, going to the other extreme and imposing mandatory minimum sentences for growing pot is not only pointless but prevents us from addressing the current problems of prison over crowding, court backlogs and delays, and violent crime related to hard drugs.

I don’t agree with the legalization of all drugs. I think legalizing crack, crystal meth or date rape drug is socially irresponsible. Others who want to argue with me claim that because I disagree with the legalization of all drugs, I am stupid and I am a liar. I really don’t have the time of day for those people and won’t be perpetuating that argument any more. If they want to run a blog about the joys of crack then they are free to do so. Just not on my blog.

People will continue to send me links and tips and I will continue to post and blog about them. The reoccurring theme about who is involved in the gang violence from coast to coast is very relevant to all of us.