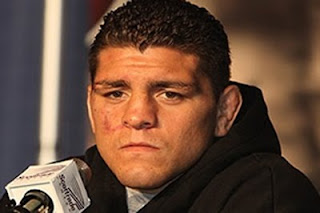 Speaking of recreational pot use, how about that Nick Diaz decision? He tested positive for pot. Who freaking cares? Pot is not a steroid. It’s not a synthetic performance enhancer. Why one earth are they making such a big deal about it? Turns out he even has a California medical prescription for it. These guys getting all freaked out about it, over turning one of his victories and fining him huge amounts of money is bizarre. A salute to Nick Diaz and a middle finger to the league that refuses to recognize his California prescription.

Right now we caught between two extremes. One growing group want to legalize pot. Another smaller group wants to implement mandatory minimum sentences for growing pot. Both are extremes. Decriminalizing pot or at least prioritizing violent crime and hard drugs like crack and meth will take us forward as a society. Focusing on nonviolent crime like growing pot will simply prevent us from dealing with violent crime in out already over burdened judicial system