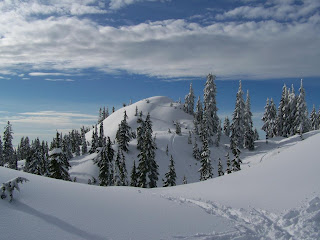 Surf's up! Fresh snow and good visibility on the local mountains. Now that's what I'm talking about. Every time I've been in the mountains lately the fog has rolled in and there has been zero visibility. I’m not into Miley Cyrus. I’m not in it for the climb I’m in it for the view. Mind you I did find the dirty Surrey remix to be rather humorous.

Finally we could see something today and what a day it was.

A peak at Indian Arm: 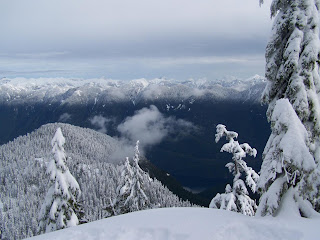 The back of First Pump: 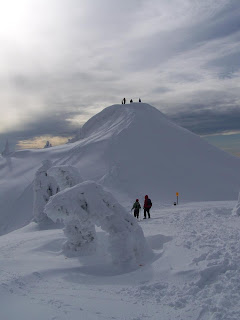 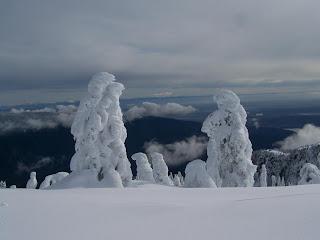 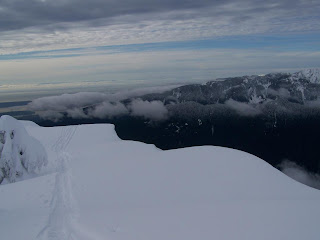 Second Pump and Third Pump from the side:

The trail to third pump had too much snow for me: 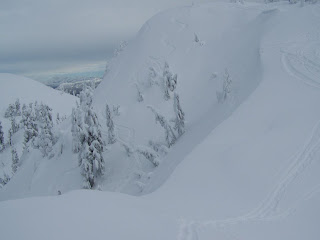 A bit of inversion starting: 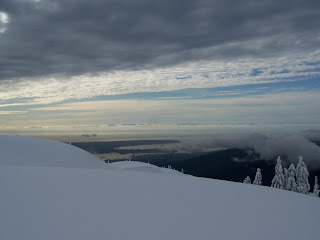 I thought about the Lindsay Buziak walk today. The fourth anniversary of her murder. The family still wants to know who and why. Tragic. In Ireland we have a saying. Translated into English it means "Our day will come." It's usually shouted while throwing a petrol bomb at some unconquerable enemy.

I don't believe life ends at death. Lindsey will have her day. The day when no false witnesses will be admissible because we will be able to see the truth first hand. There is more I have to say about this case but for today I will salute her and her family in their quest for answers. Lindsay shines and will continue to do so. Others will not.