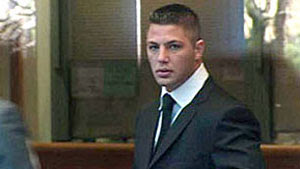 Jarrod Bacon and the father of his girlfriend were found guilty of conspiracy to import cocaine. The next question is will his parents be charged since they were caught in evidence as being active participants.