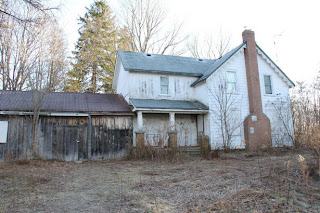 Remember that abandoned house in Ontario that had a dungeon in it? Well Robert Edwin White, from Oshawa was arrested Monday in connection with a mysterious dungeon discovered in an abandoned Pickering farmhouse late last year. I am told that the Hells Angels still have a large presence in Oshawa even after their clubhouse was seized.