Another drug related shooting in Surrey 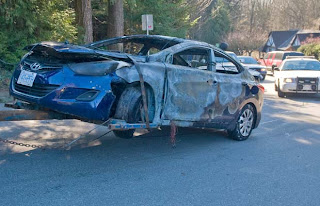 Hard to keep up with all the local shootings but there was another one in Surrey yesterday. The police state the target, Aaron Craig Tam, is very well known to us in the drug trade. The guy was shot several times in the 14300 hundred block of 92nd Avenue beside Green Timbers. The shooter stole his rental vehicle and set it on fire. Two suspects were seen dumping the car. One suspect has been apprehended. He was treated for burns from setting the car on fire. Obviously brain surgery was his second career option.