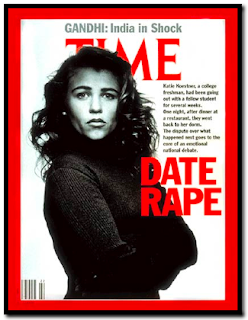 Crown prosecutors have dropped charges against the only man accused of sexual assault at a notorious Pitt Meadows, B.C., rave, the man’s lawyer says. Colton McMorris, 19, was accused of assaulting a girl, 16, at a party in September 2010, while a young offender was charged with posting pictures of the incident — described at the time as a gang rape — on the Internet.

Another man, Dennis John Allen Warrington, 19, was charged with distributing child pornography. Lawyer Tony Serka said the Crown admitted in Port Coquitlam provincial court Tuesday that it did not have a strong enough case against McMorris to proceed with a trial.

This is deranged. They stood there and watched a girl under the influence be raped by multiple men. They filmed it. Police said during their initial investigation that as many as half a dozen men may have been involved in the assault and that the victim had been drugged. Yet the accused's lawyer now claims McMorris did nothing wrong and accompanied the complainant and her friends to McDonald's after the party, Serka said.

Let's see, date rape drug, takes away your memory right? Date rape. The girl is afraid of repercussions. This is another example of how our system is failing.