BC Prisons – Letting the system work 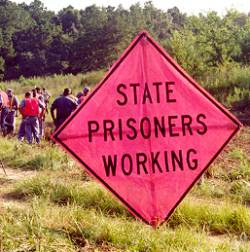 The question is how much money do we want to spend and what do we want to spend it on. Obviously everyone would rather spend money on schools and hospitals than on prisons. Yet prisons are essential. Privatizing prisons is wrong. Making prisons for profit is an abomination. No one should profit off of incarceration.

The problem is funding. The hated Campbell government has consistently slashed funding for prisons while they lined their own pockets with huge pay raises and gold plated pensions. The very pension Campbell originally campaigned against. That was a breach of contract. Now Harper wants to take away our pensions to pay for a bank pay off. This isn’t a hidden conspiracy. It is an evil agenda.

So yes, to fix our broken judicial system we’re going to need some more money. We’re going to need to build some more prisons. But we don’t need to fill them with nonviolent criminals. Our prisons are at 157% capacity as it is. We need to fix this. Over crowding in prisons is not in the public’s best interest.

We’re going to need to address violent crime. Murder and sexual assault are serious crimes that need a significant consequence. Likewise investment fraud where white collar criminals embezzle millions and steal pensions from seniors is like mugging a little old lady times a hundred. Bre-X, all the fake companies on the stock market that rip people off, steal pensions and destabilize the market, these need to be addressed and are a lot more important than nonviolent crime. Clearly Stephen Harper does not have his priorities right - morally or financially.

You don’t have to privatize a prison to offer inmates employment. We should have working prisons where inmates can work if they so chose. I’m not talking about forced slave labour. I’m saying if you want statutory release, then you have to work and help pay for your incarceration. You can earn a token amount of spending money but most of the wage goes to paying for your room and board with the promise of getting early release if you chose to work while in prison. That is a system based on incentive. Learn a trade in prison? Why not? That would be in the public’s best interest. There is nothing worse than getting a life sentence to do nothing. We all need to be doing something. 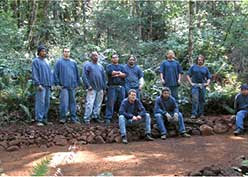