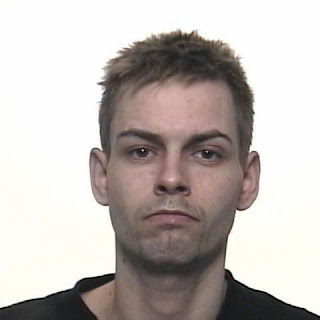 Dustin Paxton has been found guilty in a Calgary courtroom of aggravated assault against his former business partner and roommate, but not of unlawful confinement.

Justice Sheilah Martin still has to rule on a charge of sexual assault, but said there was overwhelming evidence that Paxton treated the man as his personal servant and "whipping post."

Paxton's victim was dropped off at a Regina hospital in April 2010 weighing 87 pounds, suffering from numerous broken bones and a mutilated face.

Martin said the man, who cannot be identified under a publication ban, was repeatedly assaulted by Paxton in Calgary and Regina and that the list of injuries is lengthy and grotesque.

She is currently discussing the unlawful confinement charge against Paxton, saying she accepts that Paxton's abuse included economic manipulation — often a factor in forcible confinement.

The tragedy is that he tortured the victim and the criminal code doesn't cover torture it just covers assault. So in Stephen Harper's world a pot grower will get more jail time than someone who commits acts of torture.

We know the victim had previously been an insignificant witness in a Hells Angels murder trail. We know that drugs and crystal meth was involved. If Dustin Paxton sold crystal meth, it doesn't take a brain surgeon to figure out who his supplier was.

The unlawful confinement aspect of the case was tragic. The victim could have left but didn't. That leads us to wonder why he didn't leave as though some larger threat was being held over him. We did read in the trial that the victim claimed in police reports that his assailant would drive him to other places to be beaten which does imply more than one person was involved. We did hear the hospital where the victim was dropped off made a public apology for mistakenly releasing the victims family information for a large tattooed man who showed up at the hospital where he was dropped off asking about him. We know the large tattooed man was no Paxton. He was skinny and scrawny.