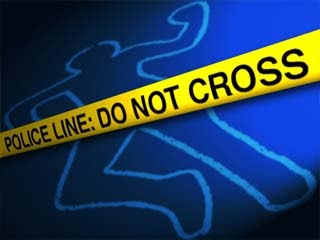 The robocall scandal continues to widen. It certainly wasn't just one riding where one young kid was involved. Elections Canada and police are currently believed to be looking into reports that automated calls in as many as 18 ridings falsely advised voters that the location of their polling stations had changed. Opposition parties claim it's more like 27 to 34.

The Conservative Party does not need to look into "robocalls" made during the last federal election any further, Defence Minister Peter MacKay says. "It's certainly not something our party condones," MacKay said Sunday of the fraudulent calls to voters. "It's inappropriate behaviour to say the least." But he told CBC News in New Glasgow, N.S., that he believes the calls directing people to wrong or non-existent polling places were isolated incidents.

Yeah, right. It's not something we condone. Just like we don't condone torture of prisoners. Much. Harper initially said the Conservative party had no knowledge of the scam. Yet with the rapidly expanding magnitude of the scandal, that is really becoming hard to believe.

I'm not a fan of Bob Rae but he did say one thing in question period that made sense. When will Stephen Harper begin to take personal responsibility? Excellent question. Unfortunately the answer is never.

Elizabeth May was profoundly eloquent on the matter. She said she was enraged because this scandal is an assault on Democracy. Turns out the robocalls were used in her riding as well to discourage non conservative voters from voting by telling them where they vote was moved. Elizabeth May said we don't have a smoking gun here. We have a dead body on the floor. I like her. She is a welcome addition to the debate. Clearly the police should investigate the matter because it is fraud.