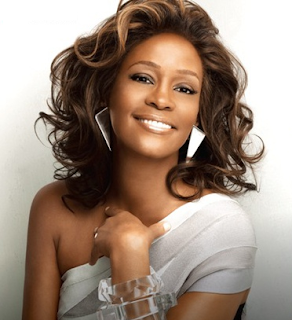 There is no doubt Whitney Houston will be remembered as the talented shining light that she was. Glimpses of her funeral showed the love that she had for others and the love they share with her. That's likely the best measurement of success.

There has been talk about her struggle with drugs and checking herself into rehab despite the song that jokes about avoiding rehab. Yet no doubt that was such a small part of her life, her memory and her legacy will be filled with talent, love and light.

Glancing at some tabloids there has been some bizarre headlines from the typical trashloids. Don't buy those. Don't support the trash. I remember seeing someone I knew buy one of those tabloids and said buying that is supporting the people who killed Dianna. Indeed it is. Supply and demand declares that if people weren't consumed in the gossip, the paparazzi wouldn't be so ruthlessly invasive and shamefully negative.

Her passing brings two things to mind. First is the love and the loss that a premature death brings. I think of Jammie Kehoe who was senselessly murdered at such a young age when he had his whole life before him. No doubt his parents had bigger plans for him. The second is many good people have fallen because of drug addiction.

Somehow we need to rise above glorifying addiction without being judgemental realizing it could happen to any of us or to any of our children. There is nothing noble about profiting from exploitation. Coveting materialism does not make greed or exploitation good. The violence we have seen locally because of the gang war has made that clear.

Unfortunately, Amy Winehouse is more likely to be remembered for her addictions as well as her talent because her drug addiction had such a dramatic physical effect on her appearance. One of the saddest things I ever saw was the release of a video one of Amy Winehouse's "friends" took of her smoking crack looking at her wedding picture. The betrayal of her friend was one thing but the whole using crack to escape the pain of a loss in a relationship was sad. She was human and those kinds of drugs are very addictive and very damaging. Before the drugs, Amy Winehouse was also a wonderfully talented singer. Not many rock stars haven't had a problem with drugs.