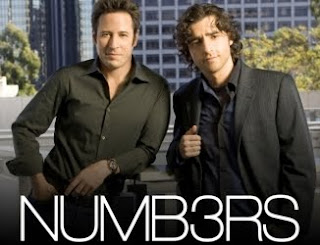 I don't watch much TV but tonight I happened to see an interesting episode of the TV series Numb3rs. A mathematician solves crimes by running numbers. Tonight's episode was somewhat interesting as it related to a conspiracy related to the odds five suspicious deaths could be a coincidence and not murders. The more numbers they ran the more evidence came forward.

It was a rerun from Season 3, Episode 18, Aired 3/9/07 called Democracy. The bad guy ran a Hedge fund on Wall Street. The scam the murders were trying to cover up was electronic voting fraud. That kinda sounds familiar. Only it was in Florida not Cali and it was IRL.