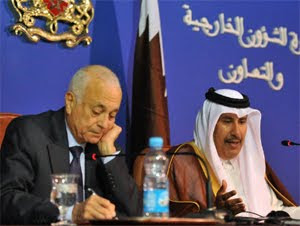 There’s a lot of talk about military intervention in Syria these days. Clearly the situation has gone from bad to worse. I’ll be the first to admit that military intervention in Libya and not Syria was suspect. Syria was firing on unarmed civilians. Libya was firing back at armed rebels. There was a huge difference. Even Saudi Arabia was firing on unarmed protesters at one point. Oh but they let US troops in and contribute massive amounts of money to US presidential campaigns. That means it’s OK if they shoot unarmed civilians. The bottom line was Libya had oil and Syria didn’t.

It was shocking that China and Russia both vetoed military intervention at the UN when Syria started firing on unarmed protesters. The allies didn’t wait for China and Russia’s approval to overthrow Gadaffi. They went in under the guise of enforcing a cease fire and started bombing one side. Why? Because Gadaffi was a socialist and he had oil just like Kuwait and Iraq did.

I remember arguing with someone during the Gulf war. They claimed the US went in to liberate Kuwait because they had oil. I said you’re crazy. Iraq invaded another country. Then I found out that not only did the CIA put Saddam Husseinin power, but Saddam asked the US what their position was if he invaded Kuwait before he did. They told him the United States has no position on that matter. Then when he goes in, the US freak out and lead a huge coalition of the willing while Saddam is scratching his head saying what the hell? They set me up.

So now we’re looking at Syria and it’s a mess. Russia argues that the protesters have now taken up arms and the UN is encouraging them. The UN is telling them if you keep fighting we will support you just like in Libya. That kinda makes sense but if I was protesting and the government started shooting at me, I think I’d take up arms too.

No one likes to stand by and watch a dictator kill civilians. Rwanda was a horrible genocide. Where was the UN there? Oh right, they didn’t have oil either. Clearly we are free to choose and we don’t have to wait for the UN’s permission to do anything.

Yet I’m not sure if military intervention in Syria is timely. We can say we oppose you killing civilians. We can say we won’t do business with you if you do that. That is the first step. The Arab League is meeting and discussing the matter and well they should. They are able to do something themselves. They don’t have to wait for our approval and they don’t have to wait for us to do it for them. One minute they’re burning flags and saying F the USA then the next minute they’re crying please help us.

The news showed footage of Syria and locals saying where is the UN? My response is where is the Arab League? It’s their neighborhood. The problem with using our military to overthrow a foreign dictator who hasn’t invaded any other countries, is that we don’t know who we are supporting in his place. In Libya, the rebels had ties to the Taliban. Not that there’s anything wrong with that. It’s just if you are trying to convince the world the Taliban is bad, supporting them in a separate conflict is somewhat hypocritical.

Don’t get me wrong, if Hitler hadn’t invaded any other countries and just started killing Jews or Muslims in his own country, we would still have been morally bound to stand against him. The situation in Syria does concern me greatly. I just think we should let the Arab League lead the way while we support them in trying to bring peace to that war torn nation.